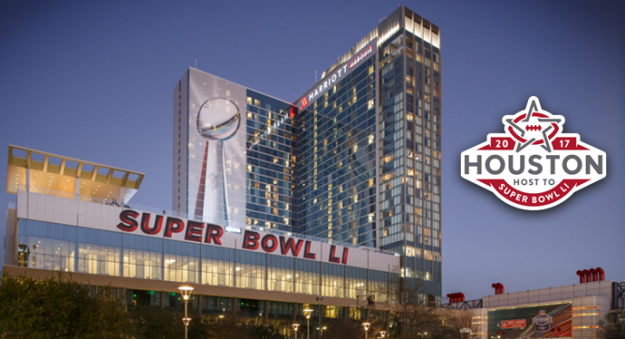 Football is unarguably one of the most celebrated events in American sports. Many cities who bid to host the big game know that scoring a game of this magnitude not only generates publicity worldwide, it also brings in millions of dollars for the city and its local businesses. In fact, according to the Houston Super Bowl Committee, Super Bowl 51 was expected to bring in $500 million, with $11 million being total direct revenue (sales and hotel occupancy taxes).

In healthcare, changes are inevitable and uncertainties will continue to follow through 2017. With the future of the Affordable Care Act currently in question and many healthcare organizations still navigating through the challenges of the new reimbursement model, employers are looking for innovative ways to keep up with the ongoing changes.

As unlikely as this comparison may seem, here are few things healthcare HR can learn from the 2017 Super Bowl held here in Houston, Texas.

Well before Houston won the bid to host Super Bowl LI, plans were already underway to transform the city, specifically Downtown, into a major destination for entertainment, conventions, shopping and more. To be successful, the Houston Super Bowl Host Committee, Harris County and the local community had to be strategic. For example, to ensure visitors came to a “transformed Houston” with incentives to return, the city invested in new hotels such as the Marriott Marquis with the highly-publicized Texas-shaped lazy river pool ($335 million); replaced video screens in NRG stadium with the largest screens in the NFL ($16 million), and gave the George R. Brown Convention Center a major facelift ($175 million), just to name a few. Houston undoubtedly knew they were going to have to pull out all the stops to impress their harshest critics.

In terms of healthcare, Robin Schooling, an HR consultant with experience as an HR leader in healthcare, says, “Strategic HR is about being an advisor to the business while being laser-focused on connecting the capabilities of individuals to organizational success.” Even the latest of healthcare enterprises, the performance of every person affects success through patient outcomes, quality of care and satisfaction scores. According to Dawn Rose, Director of Planning & Human Capital at Northwestern Medicine, some ways healthcare HR leaders can be more strategic include:

As mentioned above, one of Houston’s main objectives while hosting the Super Bowl (for the third time) was to highlight the city’s many amazing facets. From its growing economy to its sprawling diversity, city planners were determined to push Houston to the forefront with other major cities such as New York and Los Angeles as the go-to destination for world-class dining, arts and museums, expanding parks, high-end malls and boutiques, and, of course, its renowned, state-of-the-art medical center (the largest in the world).

Today, the current healthcare landscape has given to consumerism among patients due to rising costs and the healthcare reform, says Sue MacInnes, Chief Market Solutions Officer at Medline. To help weather the changes, many healthcare organizations are rebranding to engage existing and potential patients. Some tips include:

3. Plan for the Future

Instead of focusing on Houston’s club scene and parties like they did during the 2004 Super Bowl—which eventually shuttered after the festivities were over—city leaders invested resources into improving inner city parks, increasing dining and housing in downtown, and establishing the area as central location for residence, entertainment, shopping and more. Urban city planners began incentivizing property developers with $20,000 tax credits per unit to build housing (apartments to high rises) in hopes to attract Millennials who were interested in downtown urban living.

For healthcare, not nearly enough attention is currently being paid to succession planning or talent management activities, a 2010 study by the National Centers for Healthcare Leadership (NCHL) reports. “Nowhere is the need for effective succession planning more pronounced than in the complex healthcare industry, where leaders face unprecedented pressure to transform their organizations, so they can meet growing demands for high-quality, cost-effective care and adhere to legal regulations,” states an article from the Association for Talent Development.

Known as “Space City,” NASA partnered with the Houston Super Bowl Committee to design a virtual reality (VR) ride called “Future Flight.” Fans were able to strap on VR goggles for a simulated trip (with actual footage) to Mars and back during the 10-day fan festival held at its main entertainment hub, Discovery Green. The ride ended with a 90-foot free fall return to Earth, conveniently landing on the 50-yard line of NRG Stadium just before the New England Patriots took on the Atlanta Falcons—allowing the public to experience a journey through space that is normally experienced only by select individuals.

Healthcare experts agree performance management, patient safety and compliance efforts can benefit from gamification. Many of us are familiar with the gamification of individual healthcare such as FitBit, which has inspired many people to change unhealthy behavior. Today, it can be used on a larger scale to improve patient care. For example, nurses are expected to wash their hands frequently to prevent the spread of illness and infection, but they may not always follow protocol. Therefore, Bob Marsh, CEO of activity management platform LevelEleven, says his company partnered with a hospital that wanted to boost hand-washing reporting compliance among nurses by implementing a gamification software solution. It integrated the reporting box on the computer and device screens nurses were already using as part of their patient care process. The result? Significant increases in reporting compliance, Marsh says.

When it comes to hosting the NFL’s biggest game, one of the leading contributors to its success were the volunteers. In fact, Andy Newman, Director of Volunteer Programs for the Houston Super Bowl committee and formerly a Brit with experience in helping run the London 2012 Olympics, says in a Forbes article, “This is the biggest volunteer program for any Super Bowl in history, and London 2012 was instrumental.”

What you do is try to create a brand around the volunteers so they understand just how important they are, Newman says. “It’s a unifying opportunity for them to really understand the vision you’re trying to create and the identity of the event. We have volunteers at the airports, at 30 hotels and all over downtown.” They were truly the heroes of the games.

Potential healthcare volunteers exist all around our communities and employers should recognize the positive impact they can bring to their organization. In fact, in the 2014 presidential proclamation, President Obama stated, “[V]olunteers open doors of opportunity, pave avenues of success, fortify their communities, and lay the foundation for tomorrow's growth and prosperity.” Research has shown that only seven percent of patients who received volunteer help were readmitted within 30 days, compared to the 19 percent in the group who received “standard” care.

Houston pulled off one of the most memorable, well-planned Super Bowl events in NFL history. I hope the success of Houston Super Bowl 51 can offer healthcare HR leaders some fresh ideas on how to overcome today’s ongoing challenges.

To get a glimpse of Houston’s preparation for the big game, here’s a short video that showcases some of the unique settings and events during the 10-day fan festival around the city. 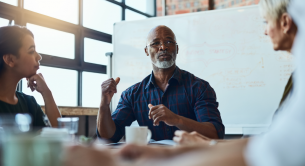 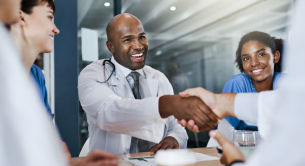