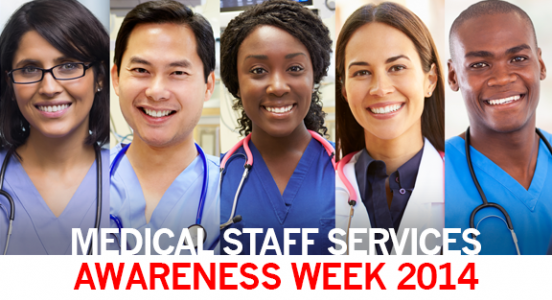 To commemorate National Medical Staff Services Awareness Week, November 2-8, 2014, I sat down with PreCheck’s Director of Credentialing Programs, Dionne Austin to discuss the latest trends in medical staff services and her advice for medical services professionals (MSPs) in 2015 and beyond. Dionne is Product Manager for LicenseManager Pro, PreCheck’s healthcare license management system, and is now focusing on expanding the company’s credentialing offerings.

As we look forward to 2015, here’s what Dionne had to say about the world of medical staff services.

What were your impressions from this year’s NAMSS Conference?

The number of attendees at this year’s conference was very telling of the growth and vitality of the National Association Medical Staff Services. For me the highlight was the keynote speaker, Dr. David Nash, who was inspirational in his presentation. I’ve been talking to colleagues, family and friends about Dr. Nash’s presentation for weeks now. I was also impressed by the wide variety of sessions offered by NAMSS. It was great to have such a wide variety of topics to choose from for any given timeslot.

What are your top takeaways from the conference your fellow MSPs should know about?

The session titled “Delegated Credentialing: Achieving Success for Your Organization” was my favorite. The key takeaway here is that it’s okay to put some of the tasks involved in the credentialing process in someone else’s hands. Outsourcing is an option, but it’s important to take care in evaluating a third-party such as a CVO or background screening firm. At PreCheck, for example, we help medical staff departments enhance their credentialing process with our physician background checks as well as our ongoing OIG and Medicaid exclusion screening. With credentialing and license management in general, organizations are partnering with companies that can provide automation. The technology that is available today can help the MSP stay abreast of board actions and license status changes.

Another session that was very insightful was “This is What We Live For: Effectively Dealing with Our Most Complex Applicants and Re-Applicants.” During the session, the speaker asked the audience how many medical service providers were actually performing background checks on their physicians. What surprised me was that, compared to other sessions I’ve attended in previous years, I noticed that this year there were many more hands raised. This means that more and more background checks are being performed on physicians, which is a good thing for patient safety. The topic of drug testing was also discussed, which is a proactive measure. If healthcare organizations are requiring drug testing for employees, it should also be required for physicians who are appointed, in my opinion.

Another session worth mentioning is “The Golden Triangle of Midlevel Practitioner Credentialing: Insurance, Risk Management and Law.” This session highlighted the commonality of what’s required for credentialing of midlevel practitioners versus physicians.

How does the rise in physician employment affect background check practices for medical staff?

What are the recommended components of a typical physician background check?

PreCheck’s physician background checks include our SanctionCheck search, which checks the OIG’s List of Excluded Individuals and Entities (LEIE) as well as several other federal and state exclusion lists. It’s important to check for exclusions before appointing physicians in order to avoid Civil Monetary Penalties (CMP’s), which can be very costly for a healthcare organization. We can also take it a step further and also check the status of their medical licenses, professional licenses, as well as pull American Medical Association (AMA) reports, Federal State Medical Board (FSMB) reports, and even Drug Enforcement Administration (DEA) registration. There’s more to physician background screening than just sanction screening.

How often should healthcare organizations conduct background checks on physicians?

What should medical services professionals focus in 2015 and beyond?

There are some pending changes to the National Practitioner Data Bank (NPDB), so it’s important to keep an eye for when they are approved and implemented. The changes are overdue and MSPs should expect to see them rolled out in the next year. Among those changes, it’s been proposed to make the Focused Professional Practice Evaluation (FPPE) considered an investigation, which could make it fair game in court.

Medical staff services departments should also focus on collaborating with their HR counterparts to standardize and align processes among the two. During the conference, it was reiterated that sharing information between the two should be implemented either by agreement or policy. In 2015 and beyond, communication is critical as medical staff and HR move away from working in silos and begin to meet regularly to ensure they are following the same processes and procedures.

I hope you enjoyed our chat with Dionne and found it insightful as you look forward to the changes in the coming year. How are you celebrating National Medical Staff Services Awareness Week? 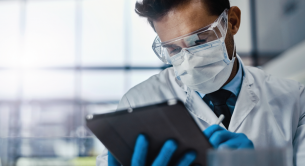 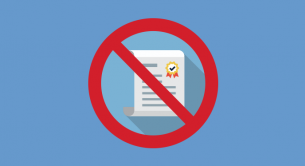 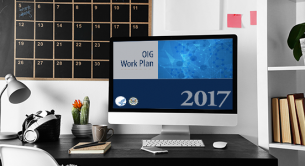 The OIG Now Updates Its Work Plan Every Month
By
Bryan Barajas
Jul. 25, 2017