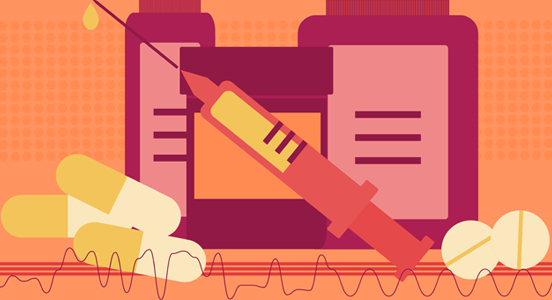 Drug testing is an important part of a thorough employment screening program. When done correctly, it can help healthcare employers improve patient care and extend numerous other benefits according to industry experts. “Maintaining the highest level of safety, productivity and morale benefits both employers and employees,” states William Current, President of WFC & Associates, a national consulting firm specializing in drug-free workplace policy and training issues.

Based on the latest industry research, employers should focus on maintaining an effective workplace drug testing program. Here’s what you need to know and what it means for your drug testing policy.

Drug Positivity in U.S. Workforce Rises to Highest Level in a Decade

The latest research from Quest Diagnostics indicates drug positivity rates are rising in recent years. The percentage of employees in the combined U.S. workforce testing positive for drugs has steadily increased over the last three years to a 10-year high of 4.0%, the Quest Diagnostics Drug Testing Index™ (DTI) study found. “All the numbers for various testing methodologies confirm this disturbing trend and should provide a wake-up call to employers to do more to combat workplace substance abuse and to do it more effectively,” states Mark de Bernardo, Executive Director at Institute for a Drug-Free Workplace. Based on these findings, consider reviewing your healthcare organization’s drug testing policy for the new year.

When it comes to drug testing in the healthcare industry, there are two noticeable gaps which can affect patient safety. First, 11 percent of healthcare employers stated they don’t drug test at all, according to our inaugural PreCheck Pulse: Healthcare Employment Screening Trends Report. When it comes to physicians, however, there is an even larger safety gap. PreCheck’s study found that 45 percent of healthcare organizations don’t drug test physicians at all and about a third don’t perform drug tests on them at the time of hire. These findings can be problematic when combined with the latest research by Quest Diagnostics.

Why Narrow the Drug Testing Gap?

While research shows most healthcare employers conduct some form of drug testing on their staff, the same is not true about their medical staff. While physicians certainly deserve our utmost respect for their dedication to patient care, not having a drug testing policy may not be in the best interest of safety given the latest positivity rates. In fact, even the Department of Health and Human Services (DHHS) has been recently vocal about their support for conducting drug testing on physicians or anyone involved with patient care, for that matter. “We believe hospitals should be required to perform random drug tests on all healthcare workers with access to drugs,” Inspector General Daniel R. Levinson and Erika T. Broadhurst state in a 2014 opinion article published in the New York Times.

While drug testing may be a fairly common practice in HR, medical staff services departments have not consistently adopted the practice despite recommendations from the OIG. When drug testing positivity rates rise, the drug testing gap in healthcare becomes a bigger risk for patient safety.