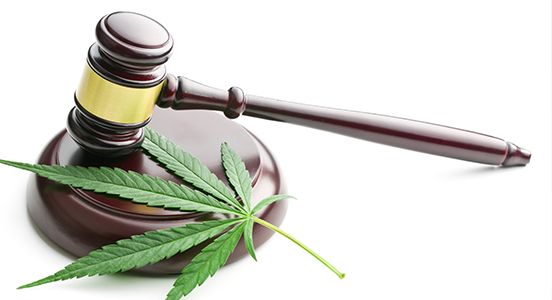 The legalization of marijuana and its use in the workplace continues to be a hot topic for employers. As of February 1, 2018, Maine’s recreational marijuana law prohibits employers from taking adverse employment actions for off-premises marijuana use. The Maine Department of Labor (MDOL) guideline states: “A school, employer or landlord may not refuse to enroll or employ or lease to or otherwise penalize a person 21 years of age or older solely for that person’s consuming marijuana outside of the school’s, employer’s or landlord’s property.” However, one of the provisions provides that employers are not required to permit or accommodate the use, consumption, possession, trade, display, transportation, sale, or growing marijuana in the workplace.

This law prevents Maine employers from testing for marijuana for “pre-employment” purposes as well as “post-accident” and “random”; though, employers are permitted to test if there is “reasonable suspicion/cause”—meaning that one or more trained supervisors reasonably believes or suspects that an employee is under the influence of drugs or alcohol. “They cannot require testing based on a hunch or guess alone; their suspicion must be based on observations concerning the employee’s appearance behavior, speech and smell that are usually associated with drug or alcohol use,” the U.S. Department of Transportation (DOT) explains.

The law also affects employers who hire employees subject to federal drug and alcohol testing regulations, and those who are exempt from complying with Maine’s drug testing law. Those who are exempt include federal workers in safety-sensitive positions such as law enforcement, national security, the protection of life and property, public health or safety, or other functions requiring a high degree of trust, as stated under Executive Order 12564.

Whether it’s for medicinal or recreational purposes, employers are finding it increasingly challenging to develop substance abuse policies that adhere to their states’ drug testing guidelines. Though Alaska, California, Colorado, Maine, Massachusetts, Nevada, Oregon, Vermont and Washington (including the District of Columbia) have passed laws allowing for recreational use of marijuana by adults, it remains classified as a Schedule 1 substance under the Controlled Substance Act, making the distribution of marijuana a federal crime in all 50 states.

For industries who take care of vulnerable populations such as healthcare, it’s important for employers to enforce stringent drug testing policies that safeguard both patients and staff alike. Employing workers with substance abuse problems could be detrimental and put the organization under considerable risk. As state marijuana laws continue to evolve with changing attitudes, terminating employees for marijuana is becoming increasingly complicated, especially for those without clear drug testing policies. If you have not done so recently, review your substance abuse policy and consider how the laws in your state will affect the use of marijuana in the workplace.