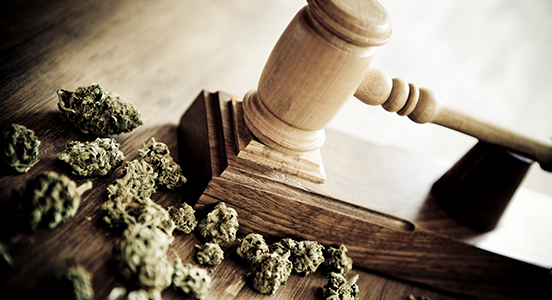 More than half of the states in our country have introduced and implemented laws authorizing the use of marijuana for medical use. A ‘growing’ handful of states have also authorized the personal (‘recreational’) use of marijuana.  These state laws are in direct conflict with the federal Controlled Substances Act (CSA)(21 USC §812), which still holds that the possession of marijuana is a crime.

These relatively new state laws have been mostly uninterpreted by either state or federal courts, but the few cases that have been decided in recent years have been, for the most part, state-levelcourt decisions. Interestingly, a recent federal district court case has added some nuanced elements to the critical question of how these marijuana laws can coexist with the CSA that still classifies marijuana as a ‘drug with no currently accepted medical use and a high potential for abuse.’

Terminating an employee who tested positive for marijuana was once a reasonably risk-free decision. Not so much these days. We want to emphasize an aspect of these cases that we believe indicate where medical marijuana (and the prescription drug abuse crisis) are driving this corner of employment law – state disability discrimination laws.

A Few Case Examples Employers Can Learn From

Last year, the Federal District Court in Connecticut ruled that the federal Controlled Substances Act[1] did not preempt Connecticut’s Palliative Use of Marijuana Act (PUMA).[2] This was the first and to date the only federal court to do so. Now that same Court had ruled that the employer violated the anti-discrimination provisions of PUMA when it withdrew its offer of employment due to the applicant’s status as a medical marijuana patient.[3]

The facts of the case are undisputed. Katelin Noffsinger was recruited for the position of Activities Manager at Bride Brook Facility, run by Defendant SSC Niantic Operating Company, LLC. (The Company). She was offered and accepted that position, contingent upon the completion of pre-employment screening, including a drug test.  She disclosed to the Facility Administrator that she used marijuana at home at night for PTSD symptoms stemming from a car accident.  She took the required pre-employment drug test and was reported positive for marijuana (THC).  After some internal discussions, Noffsinger was informed that her job offer was being rescinded due to her positive pre-employment drug test.

“[U]nless required by federal law or required to obtain funding: . . . (3) No employer may refuse to hire a person or may discharge, penalize or threaten an employee solely on the basis of such person’s or employee’s status as a qualifying patient or primary caregiver under [the law]. Nothing in this subdivision shall restrict an employer’s ability to prohibit the use of intoxicating substances during work hours or restrict an employer’s ability to discipline an employee for being under the influence of intoxicating substances during work hours.”[4]

Noffsinger comes on the heels of two other medical marijuana cases, both on a state level.

In New York, the Compassionate Care Act was implemented in January 2016 permitting medical marijuana use for specific medical conditions. Pursuant to the Act, "Certified Patients" prescribed medical marijuana are deemed to have a disability under the New York State Human Rights Law (NYSHRL). This means that New York employers with four or more employees are prohibited from terminating or refusing to employ an individual on the basis of his/her status as a certified medical marijuana patient. Further, employers must reasonably accommodate an employee who is a "Certified Patient" as a result of his/her deemed disability. The Act specifically provides that Certified Patients shall not be subject to "disciplinary action by a business . . . solely for the certified medical use or manufacture of" marijuana. Accordingly, an employer may be subject to a discrimination claim if it fires or disciplines an employee for lawfully consuming or manufacturing marijuana under the Act.

In Massachusetts, Barbuto v. Advantage Sales and Marketing, LLC (2017) the state Supreme Judicial Court agreed with an employee’s argument that her employer discriminated against her based on her handicap, manifested by the recommendation to treat it with medical marijuana. The state’s medical marijuana law was secondary to the decision; the case was brought under the state’s human rights law. The court, in this case, treated marijuana as if it was any other form of medication recommended by a doctor.

Treating marijuana like any other medication, the Court concluded the employer would have a duty to “engage in an interactive process with the employee to determine whether there were equally effective medical alternatives to the prescribed medication whose use would not be in violation of its policy.”

The Court remanded the case to the Superior Court for further proceedings consistent with the Supreme Judicial Court’s findings and to allow the parties a chance to prove their arguments.

What does this mean for employers?

The answer to this question depends on where your company operates, what state and federal laws apply, the specific language contained in the state law(s), what court and agency decisions have been issued, and the details within your company’s policy and procedures. Cases like these will continue to plague employers across the nation, the time to act is now.

Employers must begin to recognize that STATE disability discrimination laws exist and will limit employment actions when it comes to the medical use of marijuana and when testing for prescription medications.

It is essential to train your human resources professionals, managers, and supervisors regarding employees’ rights and employers’ obligations under state and federal discrimination laws.

Employers must evolve. Procedures must be implemented to ensure that, when appropriate, an “interactive dialogue” takes place with employees in an attempt to accommodate a disabled employee. Employers should review, and if necessary, revise, handbooks, policies, and procedures pertaining to the issues of employee marijuana and prescription drug use.

Marijuana in the workplace and prescription drug use is, unfortunately, an ever-changing, complicated landscape of regulations. While the complexity may be frustrating and a bit daunting, the cost of non-compliance (potentially reaching into the millions of dollars) all but forces you to be proactive and knowledgeable about the issue. The part of the marijuana question (whether federal regulations take precedence over state protections) will dramatically alter an employer’s requirements in individual states because it will answer the question, “Which rules do I need to follow?”. Every state is different. We strongly recommend that you take steps to monitor this topic and regularly stay tuned for updates that will inevitably come with the potential to impact how you conduct your business. 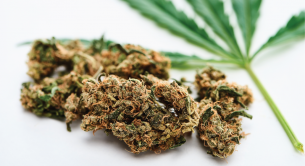 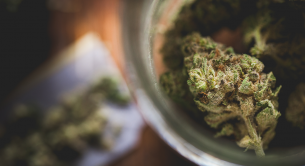