Marijuana Laws and the 2020 Elections 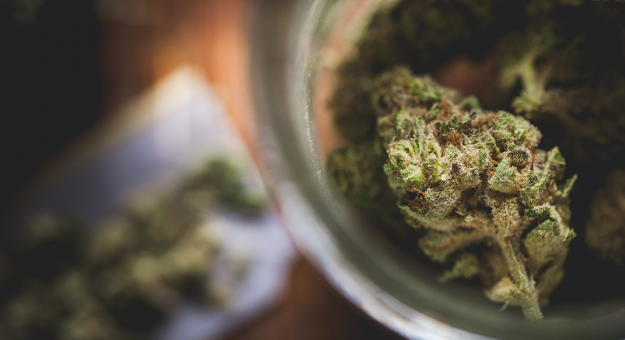 Whew. What a year it has been! 2020 has brought an abundance of challenges and changes. As the year (finally?) comes to a close, a slew of changes will come following the general election on November 3rd. In addition to the major national voting objectives such as the next President of the United States, House of Representatives, U.S. Senate, state, and local representation; voters also decided on marijuana legalization measures.

Adult-Use (Personal Use) of Marijuana

The state of Arizona already authorized the medical use of marijuana. In 2016, voters narrowly struck down an initiative to legalize marijuana by a margin of 51.3% voting "no." This year, voters voted yes on Proposition 207[[1]], which legalized the possession and use for adults 21 and older, and framework for cultivation and sales. The Amendment filed includes language that protects the workplace, including Section 2-2(c): "Employers retain their rights to maintain drug- and alcohol-free places of employment."

The medical use of marijuana has also already been authorized in Montana. This year voters were presented with two ballot initiatives that would legalize the personal adult-use of marijuana. Voters voted yes for CI-118[[1]] which amends the Montana Constitution to allow for the legislature or a citizen initiative to establish a minimum legal age for the possession, use, and purchase of marijuana, similar to the regulation of alcohol in the state constitution. There is no mention of the workplace. Voters also voted in favor of I-190[[2]] which would legalize the possession and use of marijuana for adults over the age of 21. The language of I-190 contains several protections for employers, including I-190-16-2(b): "Employers are not prohibited from disciplining employees if they violate their workplace drug and alcohol policy or if they work while intoxicated by marijuana."

Governor Phil Murphy vowed to make good on his campaign promise to legalize marijuana after being elected in 2017.  Legislative efforts failed, so lawmakers decided to put the measure up for a vote. This year, voters voted in favor of Public Question 1, a constitutional amendment to legalize the possession and use of marijuana for persons age 21 and older and legalize the cultivation, processing, and sale of retail marijuana. New Jersey already authorized the medical use of marijuana and is the first Mid-Atlantic state to legalize marijuana. As introduced, Question 1 does not contain any language pertaining to the workplace. State lawmakers are now tasked with establishing the regulatory framework of rules.

Marijuana is not yet authorized for medical or personal adult-use in South Dakota. Uniquely, this year voters in the state were asked to decide on both. Measure 26 was approved and would supports the medical use of marijuana (see below).  Amendment A[[3]], which was also approved, is a constitutional amendment legalizes the recreational use of marijuana and require the South Dakota State Legislature to pass laws providing for the use of medical marijuana and the sale of hemp by April 1, 2022. The language of the law does provide employer protections. Individuals will be prohibited from "undertaking any task under the influence of marijuana if doing so would constitute negligence or professional malpractice" (Section 2(12)), and goes on to specifically not "require an employer to permit or accommodate conduct allowed by this article" (Section 3(1)) and "affect an employer's ability to restrict the use of marijuana by employees" (Section 3(2)).

Medical Use of Marijuana

Voters in Mississippi had two competing measures that would authorize the medical use of marijuana. Initiative 65[[4]] was an indirect initiated constitutional amendment, and Alternative 65[[5]] was referred to the ballot alongside Initiative 65 as an alternative measure by the state legislature. Voters decided to approve "either measure" – voters were asked to choose between Initiative 65 or Alternative 65A separately, which votes overwhelmingly agreed to Initiative 65. As introduced, neither law make any mention of the workplace.

As noted above, voters in South Dakota were asked to decide on two marijuana laws. Measure 26[[6]] was approved and establishes a medical marijuana program in the state for individuals with a debilitating medical condition. The language of the law includes employer protections but also includes some caveats. Measure 26 specifically prohibits individuals from "undertaking any task under the influence of cannabis when doing so would constitute negligence or professional malpractice" and "operating any motor vehicle while under the influence of cannabis." The Measure also states that it will not apply if it conflicts with an employer's obligations under federal laws or regulations in a way that would disqualify them from monetary or licensing-related benefit. Employers are not required to permit medical marijuana use in the workplace and are not required to allow employees to work while under the influence of marijuana. However, the measure further details that qualifying medical marijuana patients are not considered under the influence solely because of the presence of marijuana metabolites or components that appear in "insufficient concentration to cause impairment." 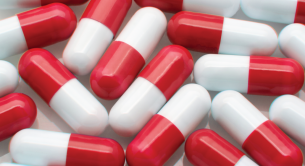 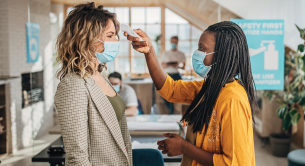 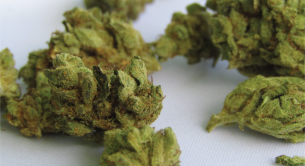 What HR Needs to Know About Virginia’s Marijuana Laws
By
Cristina Loayza
Jun. 23, 2020