The State of Unconscious Bias in Healthcare and Patient Care 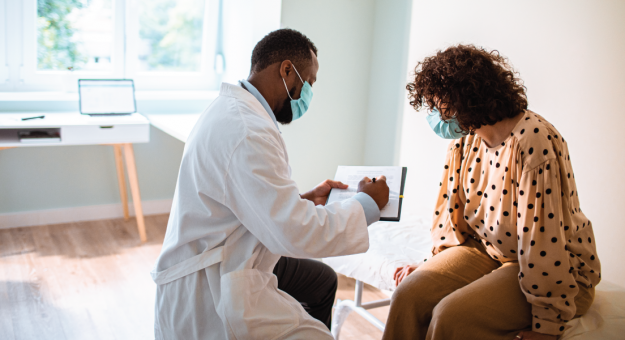 Medical history is fraught with racial disparities in healthcare, and the problem persists today. Pregnancy-related mortality rates for black women in the U.S. are three times higher than mortality rates for white women, and black patients are dying of COVID-19 at more than twice the rate of white patients. Disparities outside of direct healthcare delivery, such as economic stability or community contexts, are certainly factors, but evidence of inequities within patient care also exists. One reason is unconscious bias.

We all bring implicit bias to our interactions with others, but the stakes are higher when clinicians unconsciously bring bias into patient care. “You can’t eliminate implicit bias,” says health equity researcher Dr. Louis Penner, “but you can reduce the impact of bias on doctors’ interactions with patients.”

Although eliminating implicit bias is impossible, we can implement processes and leverage continuing education to mitigate its harmful effects. Here are a few ways.

The first step to minimizing unconscious bias is learning where it has the most significant impact. Establish infrastructure in your healthcare system for collecting patient feedback, and empower patients to share experiences of discrimination, suggests Dr. René Salazar, a researcher on unconscious bias in healthcare and Internal Medicine Specialist at UT Health Austin. “We have to have mechanisms to get clinicians feedback in real-time so we can address microaggressions,” he says.

Data collection is vital to understanding the scope of implicit bias in patient care. At the individual level, it’s hard to see instances of bias for what they are, but looking at patient experiences in the aggregate creates a much clearer picture of what’s going on, says John Dovidio, Lead Scientific Adviser, Facilitator and Executive Coach at Diversity Science. And once you know where unconscious bias is having the most negative impact, you can put a plan in place to minimize its effects.

Continuing education in cultural competence and patient-centered communication can interrupt the effects of bias in patient care. “Having people who are well-educated and trained in racial and ethnic, language and health literacy diversity that patients are going to present with goes a long way to making sure you provide care consistent with the cultural beliefs and norms for that particular patient,” says Danielle Jones, Director of Diversity and Health Equity at the American Academy of Family Physicians. Cultural competency on its own won’t solve unconscious bias, Jones suggests, but cultural competency as part of a layered approach can mitigate its effects.

Learning cultural competence is a lifelong process, Salazar says. The term “competence” implies that there’s an end to learning, he continues, but it’s important to remember that populations and cultures are constantly evolving, so we must practice constant learning.

Patient-centered communication helps clinicians see patients as individuals as opposed to members of a racial or ethnic group, Penner says. When we perceive someone in terms of race, for example, implicit bias causes us to make assumptions that directly affect patient care. When clinicians get to know the patient as a person first, and as a representative of a racial, gender, age or another group second, the plan of care can be based on the whole person instead of one or two immediately visible characteristics, like skin color.

Creating a Culture of Patient-Clinician Collaboration

Research shows that a team-based approach can interrupt the effects of unconscious bias. When the patient is seen as a vital part of the treatment group, clinicians are less likely to classify them as outsiders. This also empowers the patient to take an active role in their care.

“When we think of ourselves as part of the same group, we talk to each other more, and we're more open and cooperative,” Dovidio says. “Those things happen automatically when you see the other person not as an outgroup member but part of a healthcare team trying to solve the same problem.”

You can begin creating a team-based, collaborative culture simply by changing the language you use regarding patients. The phrase “work with a patient,” rather than “treat a patient,” implies that the patient is a key team player instead of a passive subject. Making small changes like this to your organizational culture can greatly impact how patients are perceived and treated.

Mitigating the effects of unconscious bias in patient care is vital work, but expect it to take time. “There has to be dedication to long-term, sustainable impact that might take three, five or 10 years,” Jones says. Putting that infrastructure in place now results in improved health equity and better patient outcomes for the whole community. 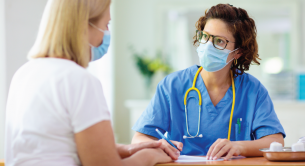 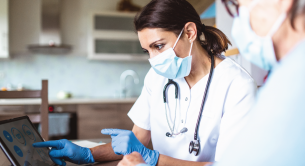