Transforming Healthcare for the Future 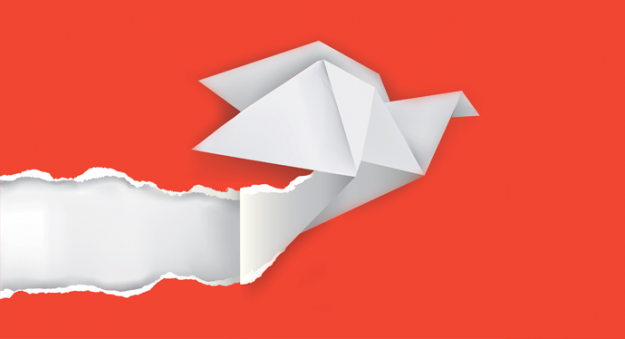 The U.S. healthcare system has long struggled to control costs, improve quality and expand access, but a wave of technologies and approaches are poised to usher in a new era of innovation with the potential to transform care in dramatic ways.

Which of those solutions will succeed and gain widespread adoption and which will ultimately fall by the wayside is largely dependent upon the process in which they are developed and introduced, says Adam Ward, a healthcare innovation expert and author of the book "Lean Design in Healthcare.”

Ward, who consults for a number of large healthcare firms, says the companies that successfully develop and implement new products and system redesigns typically first establish a framework to guide their process (whether it’s lean startup principles or design thinking) then iterate based on quality feedback from patients.

“We are going to get deep with the patient and then we’re going to turn that into our own clinical trial until we prove it,” he says. “I think that’s the first place where a lot of healthcare companies need to start. Many times the patient will come back and say, ‘actually that’s not important to me.’ ”

Here is a look at how several healthcare companies are innovating with new technologies and patient-centered approaches.

Technology and Its Limitations

Perhaps the most publicly visible sign of the current wave of healthcare innovation is the proliferation of mobile healthcare applications, which range from lightweight fitness solutions to more robust telemedicine software that allows patients to consult physicians remotely.

A 2017 study by the National Institutes of Health estimated there were more than 100,000 health apps available in the iTunes and Google Play stores. Ward, however, argues that many of those emerging healthcare technologies are too far removed from actual patient needs. “I think there are a billion brilliant ideas out there,” Ward says. “I think most of the technology solutions I see are based on ‘what is something cool that we could do that isn’t being done right now,’ as opposed to ‘here’s a need.’ Silicon Valley has launched multiple attempts to drive down the cost of healthcare … and they haven’t moved the needle. I think it’s because of that disconnect.”

Still, the recent spike in demand for technology solutions is not going anywhere, particularly when it comes to overcoming barriers to access. Lauren Crain, a spokesperson for online testing company HealthLabs.com, says healthcare organizations are driving innovation by increasingly reaching out to customers where they are, often via technology. “Healthcare isn't always accessible to everyone; there are barriers in the healthcare industry that make it impossible for some to reach care,” she says. “I believe that innovation in healthcare is moving toward a trend in telehealth because of the ability that it has to meet its customers where they are.”

Not all impactful healthcare innovations are dependent on technology. Teri Dreher, CEO of Chicago-based NShore Patient Advocates, which provides experienced private professional health advocates to guide patients through the complex world of modern healthcare, says rates for medical errors, which are a leading cause of death in America, are no lower than they were a decade ago. “Mostly it’s due to miscommunication that medical errors happen,” she says. “More and more often people who are healthcare consumers are finding that it’s fragmented. There are a lot of silos in healthcare and nobody has time to explain and translate the medical jargon.”

Patient advocates, who often are advanced practice nurses with an intimate knowledge of the healthcare system, are able to guide people through complicated and often-conflicting medical information. “Most consumers are really not happy with the modern form of healthcare,” Dreher says. “We get calls from people all the time who say, ‘I think something’s going wrong. Five different doctors told us five different things.’”

Other innovations are a combination of new technologies and an increased focus on patients. For example, more human and digital resources are being poured into the problem of medication adherence (ensuring patients have access to and take their medications as directed by their doctors).

David Reese, the Vice President of Business Strategy & Development for PharmaPoint, which provides pharmacy management services for hospitals, physicians, municipalities and corporations, says medication adherence is a large and complex problem for the healthcare industry, one that’s particularly acute as patients transition from hospitals to their homes. This transition process is frankly broken, and it’s been broken for a long time, he says. “It’s inefficient, it’s costly and it delays treatment.”

Reese suggests the solutions lie in the improved coordination of care between hospitals, patients and other healthcare providers, some of which involve new technologies. “You’re starting to see developing programs, applications and technology that are beginning to help,” he says. “All of it is focused on med-management and keeping patients adhering to therapies. That’s the role that we are filling.”

These are just a small portion of the innovative approaches companies are employing to tackle the persistent issues of cost, access and quality that continue to trouble the U.S. healthcare system. These innovations represent enormous business opportunities for healthcare companies while also paving the way for a reimagined healthcare system that serves the people who rely on it more efficiently and effectively. 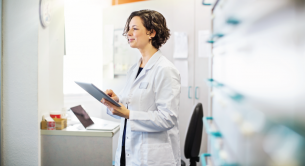 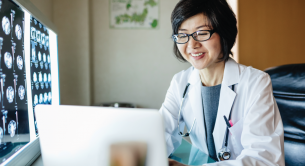 How to Embrace Lifelong Learning to Adapt to a Changing Healthcare Landscape
By
Bryan Barajas
Feb. 25, 2020