Why is Continual Background Screening of Doctors [email protected] 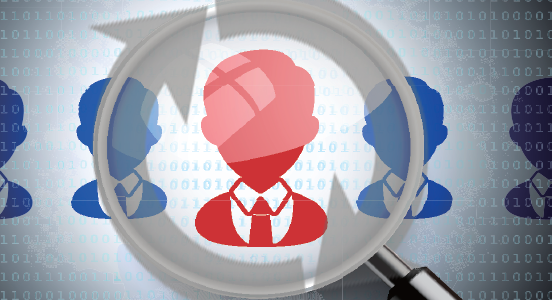 I recently discussed how physician criminal cases are often underreported, so having a physician background screening policy in medical staff services can help support better patient care. This week, I would like to focus on the subject of continual or ongoing background screening. Background checks represent a snapshot in time, and what will show up five, two or even a year from now on an applicant’s criminal background history may be different. Continual background screening is often something that is overlooked in a screening program, but it can help ensure the safety of your patients and staff in the long-term.

The Maryland Board Calls for Continual Monitoring of Charges Against Doctors

In a November 6, 2014 articled published in The Baltimore Sun, Scott Dance reports how the Maryland Board of Physicians plans to propose legislation in 2015 requiring the fingerprinting and continual monitoring of criminal charges for doctors. The proposed legislation would require doctors to apply for a background check when first seeking a medical license or upon the renewal of their license. The legislation was proposed after Dr. William Dando assaulted a female patient in Western Maryland—a doctor who had been convicted of rape in Florida almost three decades earlier, which was unknown to health officials in Maryland who granted him a medical license in 1996.

In another article, Dance explains how an inspector general’s report found that the Maryland Board of Physicians had been alerted to red flags about Dr. Dando by officials in two states but still allowed him to practice medicine. “Neither notification prompted further investigation by the Maryland board,” Dance reports.

Maryland is currently one of the 13 states that does not conduct background checks on physicians, but this proposed legislation could change that in the near future.

“Any competent [healthcare] organization will conduct a background check on physician job candidates, first and foremost to ensure patient safety and a safe practice environment for other healthcare providers,” said Tim Lary, Vice President of Physician Staffing at North Hollywood in a 2013 interview with ENTtoday.

When it comes to criminal background checks and physicians, there are a number of gaps from the fact that not all medical boards have the authority to conduct background checks (as in the Maryland case above) to not conducting the right types of background checks. Although the FBI’s fingerprinting background check may seem like a thorough check, the government estimates over half of its database is either inaccurate or incomplete. Even if your medical staff services department conducts background checks on physicians before privileges are granted, its equally important to ensure the accuracy and timeliness of the background check conducted.

With legislators recognizing the importance of conducting ongoing background screening on physicians, it’s clear that conducting background checks only at time of appointment is no longer accepted as a best practice in the industry.  When it comes to exclusion screening, specifically, the Office of Inspector General (OIG) recommends checking its List of Excluded Individuals and Entities (LEIE) on a monthly basis in its May 2013 Special Advisory Bulletin. While the OIG does not provide guidance on criminal background checks, PreCheck’s Director of Credentialing Programs, Dionne Austin, recommends conducting background checks at time of appointment and at any time there will be any changes in privileges, such as at time of re-appointment, which is typically every two years. At PreCheck, however, we have healthcare clients who conduct criminal background checks on an annual basis for their current staff to ensure the ongoing safety of their patients.

While no one can decide what screening frequency is right for your organization, it's important to have some level of ongoing screening in your background check process. Dr. Dando’s case highlights what can go wrong when ongoing screening is overlooked.