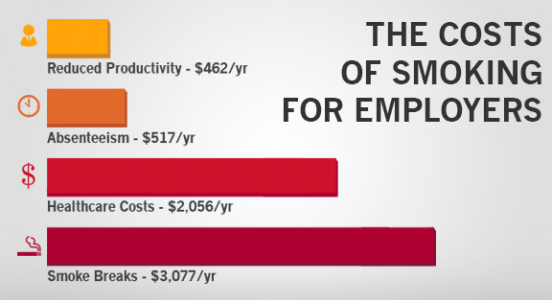 At PreCheck, we’ve noticed that a large number of our healthcare clients have initiatives in place for creating a smoke-free workplace environment. After all, isn’t it reasonable for patients to expect to be treated at a hospital that is free of secondhand smoke? Secondhand smoke is considered a serious health hazard by the American Lung Association and is estimated to cause about 50,000 deaths each year. According to a 2001 study by researchers Halpern et al. published in the journal Tobacco Control, workplace productivity was increased and absenteeism was decreased among former smokers compared with current smokers. Employers, especially healthcare organizations, have plenty of reasons to consider making the workplace a smoke-free environment. In this article, I review some of the associated burdens that smoking places on employers as well as some of the legal and regulatory considerations for implementing a workplace nicotine/cotinine testing program.

The Burdens and Costs of Smoking for Employers

A study published this summer from Ohio State University indicated that smokers cost their employers an estimated additional $6,000 per year compared to non-smokers. The study’s lead researcher, Micah Berman, estimates that the cost per smoker can range from $2,885 to a shocking $10,125. According to Berman’s study, which analyzes past studies on the subject, breaks down the estimated annual costs for employers in the following manner: 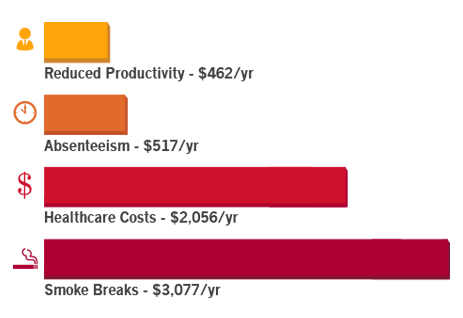 As Berman indicated, this study isn’t the first to highlight the burdens of smoking for employers. In 2007, a study led by researcher Dr. Terry L. Conway at the San Diego State University Graduate School of Public Health indicated that “smoking has been linked to disability and job-related outcomes, including decreased productivity, increased absenteeism, and long and more frequent work breaks.”  For employers, research has shown that smoking can truly be a burden for their organization.

Nicotine Testing and the Law

As far as state law is concerned, the State of Carolina is the only one with a law that specifically prohibits mandatory nicotine or tobacco testing. The National Conference of State Legislatures (NCSL), however, reports there are at least 29 states and the District of Columbia with statutes that protect employees from adverse employment actions based on their activities outside of work, which include smoking. As an employer, you must be careful to comply with these laws in your pursuit of a smoke-free workplace. If these laws are in place, why do increasing numbers of employers, including Baylor Health Care System in Texas, impose tobacco-free hiring policies? In the case of Baylor Health Care, Texas is among the 21 states without these restrictions in place. But the great news for employers in the regulated states is that some laws exempt non-profit groups and the healthcare industry.

So you’ve checked your state regulations and you think you can move forward with implementing your testing program. Now what? There are also possible issues with the Americans with Disabilities Act, as smokers could potentially claim he or she is “perceived as” having a disability or that nicotine addiction is a protected disability under the law. When in doubt, HR Magazine recommends as a best practice for employers to consult with legal counsel to determine an appropriate plan of action given the regulatory environment in your state.

Throughout this article, I’ve referred to nicotine testing but in reality the detection window for nicotine in the human body is fairly short and limited to a few hours. So how can employers effectively test for nicotine? While nicotine is the active ingredient in cigarettes responsible for causing addiction, cotinine is a major metabolite of nicotine that can be used to determine its presence. The window of detection for cotinine is much more practical (about 4-7 days) and is considered relatively inexpensive.

It is important to keep in mind that cotinine testing does not determine a person’s ability to perform a specific work-related task. Remember that this test only determines the presence of nicotine and this can include non-cigarette forms of nicotine including nicotine patches and gum. As a healthcare employer, you have a duty to promote the health of your patients and staff and some laws provide exceptions specifically for this industry. 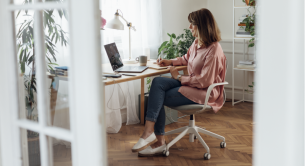 5 Things You Don’t Want to Miss When Planning the Return to Office
By
Shannon Shoemaker
May. 17, 2022 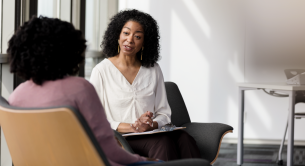 Fulfilling the Psychological Needs of the Healthcare Workforce
By
Bryan Barajas
Apr. 19, 2022