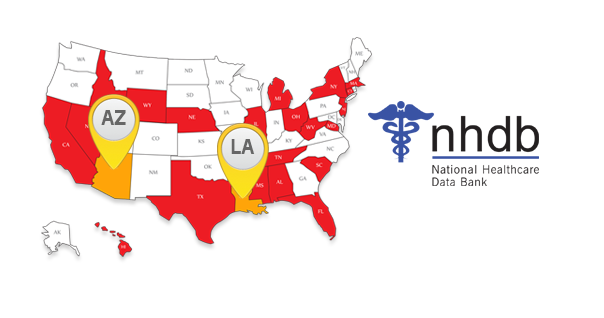 PreCheck, a healthcare-exclusive background screening and exclusion screening firm, updated its SanctionCheck Data Base with the State of Arizona and State of Louisiana Medicaid Exclusion Lists.

PreCheck, Inc. announced today that it has added both the State of Arizona and the State of Louisiana Medicaid Exclusion Lists to the SanctionCheck Data Base, a timely update to its SanctionCheck exclusion screening service. Both States' Medicaid Offices of Program Integrity recently went public with a published list of excluded individuals and entities. PreCheck's SanctionCheck Data Base contains over 500,000 individual and entity names that have been excluded, terminated, sanctioned and debarred from participation in State and federally funded programs.

Effective January 1, 2011, Section 6501 of the Patient Protection and Affordable Care Act of 2010 (PPACA) requires States to terminate providers who have been terminated by another State’s Medicaid Program. This important regulation effectively closes the loophole that had allowed excluded providers on the State level to work in healthcare in another State when their exclusion was not on the federal OIG-LEIE. PreCheck checks all available State and federal Exclusion Lists when performing a SanctionCheck as part of a pre-employment background check.

For more information on how PreCheck can help streamline your healthcare organization’s exclusion and sanction screening program, call 1-866-402-9343 or schedule a complimentary sanction screening consultation with one of our licensed screening experts.